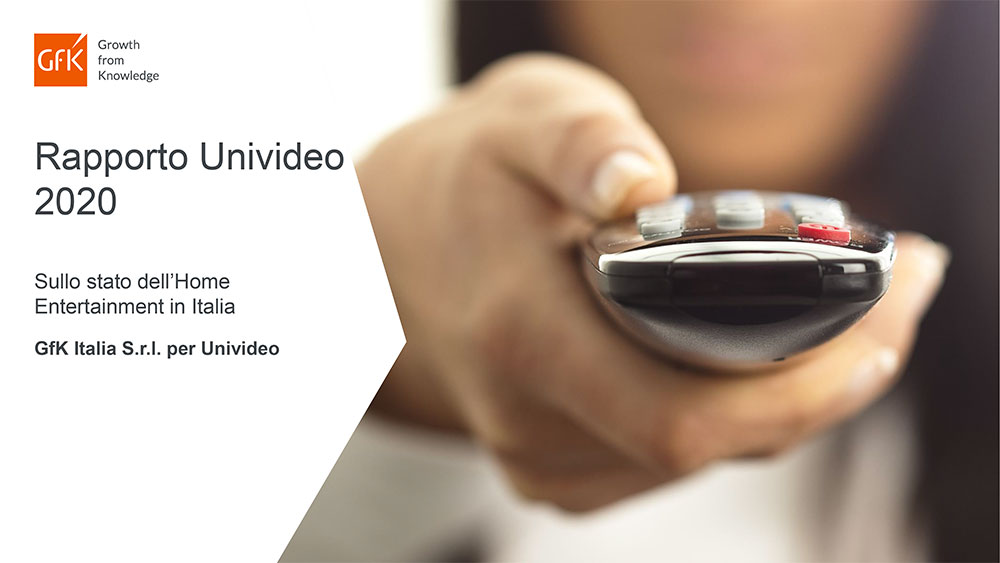 These people sold the country

In 2019, buyers of DVDs and Blu Ray were 2.3 million with an average per capita spending propensity of almost 50 euros, while the number of digital users was equal to 21.2 million, of which 40% using entertainment content by subscribing to a monthly subscription to a digital platform (SVoD), 12% purchased video content through a telecommunication system for the transmission and reception of films (Digital Transactional).

From the point of view of the propensity to purchase audiovisual products, a distinction is increasingly consolidated between a niche of value, which confirms the affection and attention to physical media, DVD and Blu-ray, and a part of the population, consisting mainly by young people and adults, who find in the digital offer of contents an opportunity to satisfy the needs of leisure and relaxation, mainly enjoying films and TV series. Both in the access and possession phase, among all media content, home entertainment remains central in terms of preference, thanks to an ever-increasing quality in video performance and the authorial excellence of the catalogs offered.

THE UNIVIDUAL REPORT
Extraordinary way, a qualitative survey of the consumption of audiovisual products during the lockdown period was also carried out by Gfk Italia on behalf of Univideo: the analysis shows a substantial growth (+ 32% compared to the pre Covid phase) in the average time that Italian families have dedicated to the enjoyment of entertainment content. In particular, in the months of March, April and May 2020 there was a + 20% of the time spent by people through the traditional television channel and a + 30% of the time dedicated to the consumption of content through the web. A behavior that has held, albeit with lower percentages, even during Phase 2.

Movies are the most viewed on demand genre during the lockdown, even surpassing TV series; a trend that continued even at the end of the quarantine and that extended to new members of the population with an acceleration towards reducing the generation gap in the use of the media.

“In 2019 the audiovisual market – explains Lorenzo Ferrari Ardicini, president of Univideo and Cg Entertainment – showed a contraction of the physical product, at the same time strengthening the identity quality of DVD and Blu-ray consumers, target values, expression of uniqueness and propensity to purchase, at the same time a continuous growth of digital consumption, both SVoD and Transactional Digital. A photograph made even clearer by analyzing the lockdown period: according to the qualitative data of Gfk processed for Univideo, the Italian population has significantly increased the average time spent on digital media, enjoying a lot of content including a lot of entertainment. This trend, also confirmed in the later stages, highlights a strong confidence of the population in the use of technologies and in the search for both information and entertainment content. The audiovisual sector must focus on this: to increase more and more the level of quality performance of the contents made available and to keep the authoral level of the offer catalog excellent “.

Here the complete report of Univideo 2020